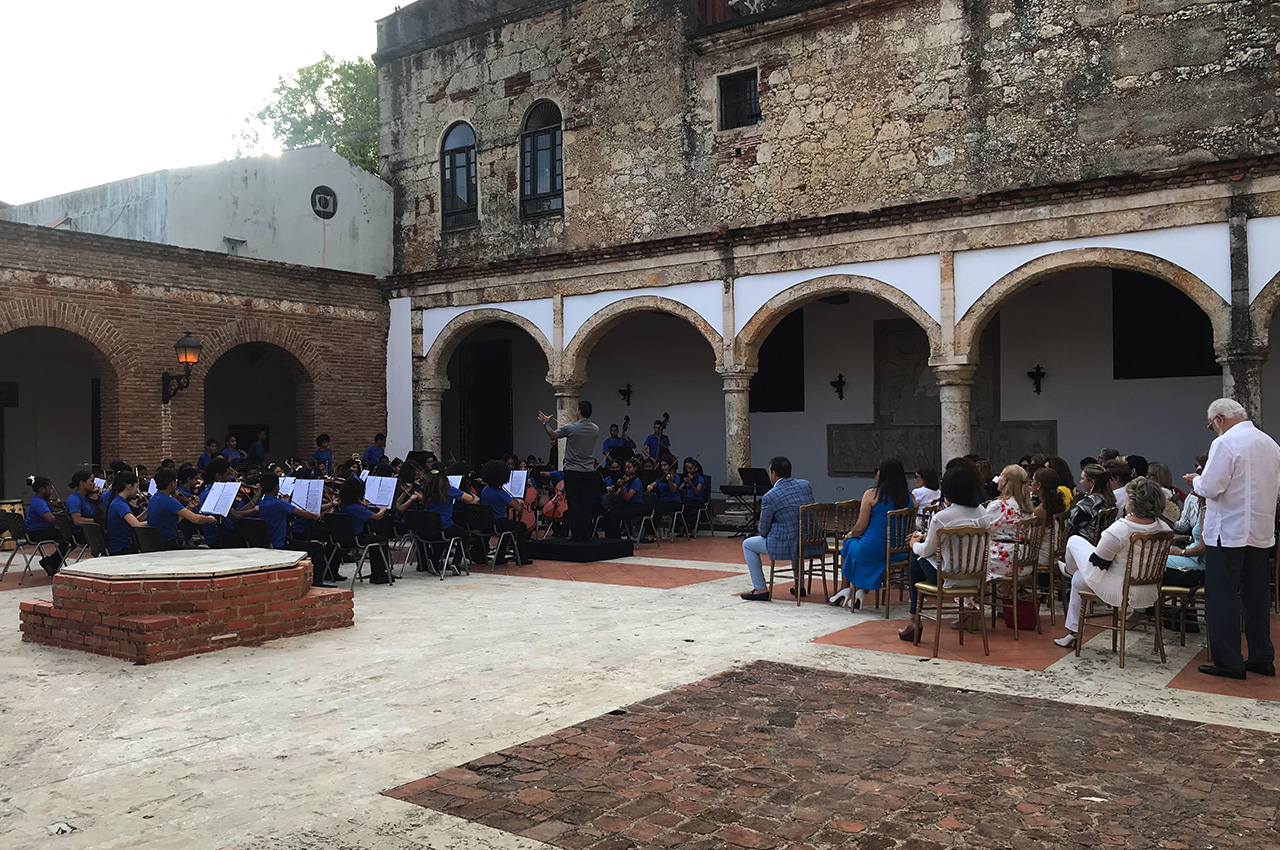 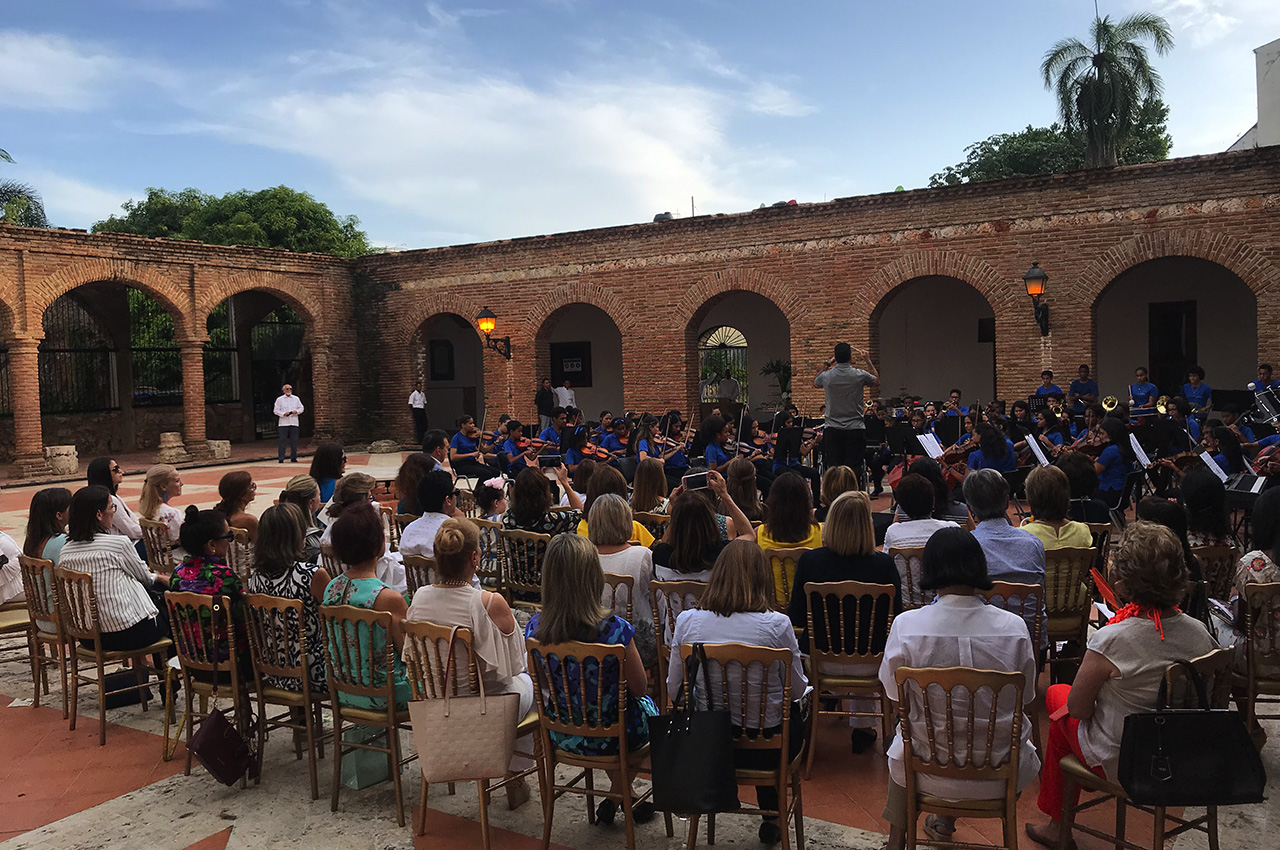 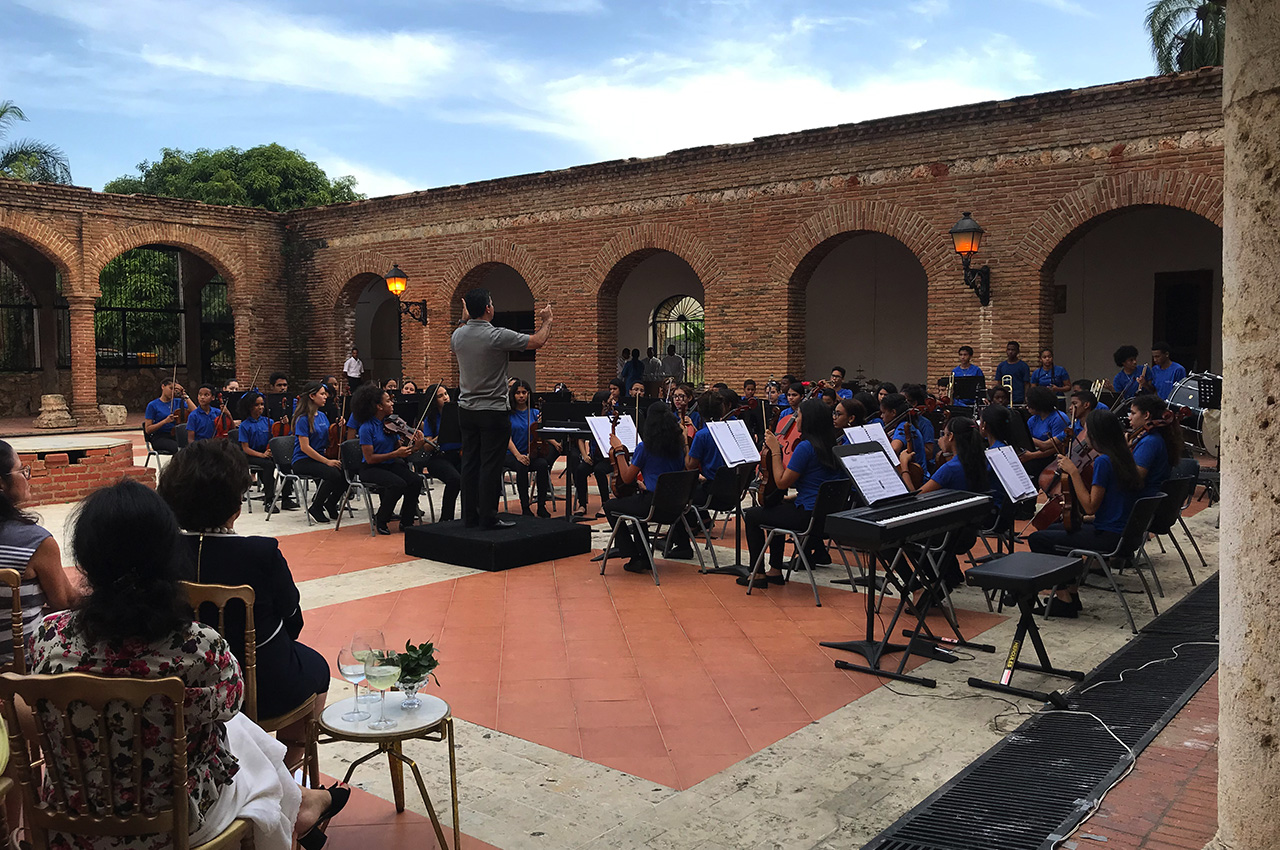 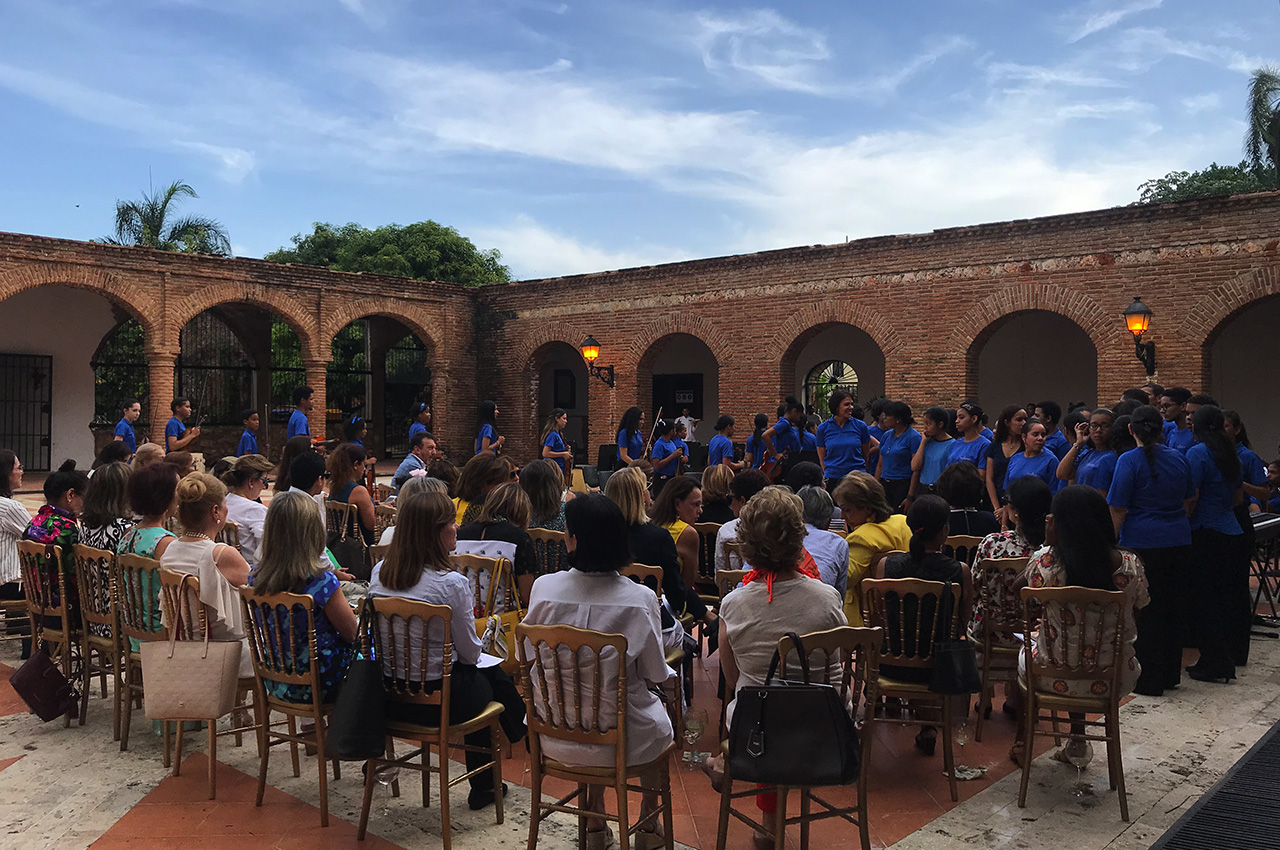 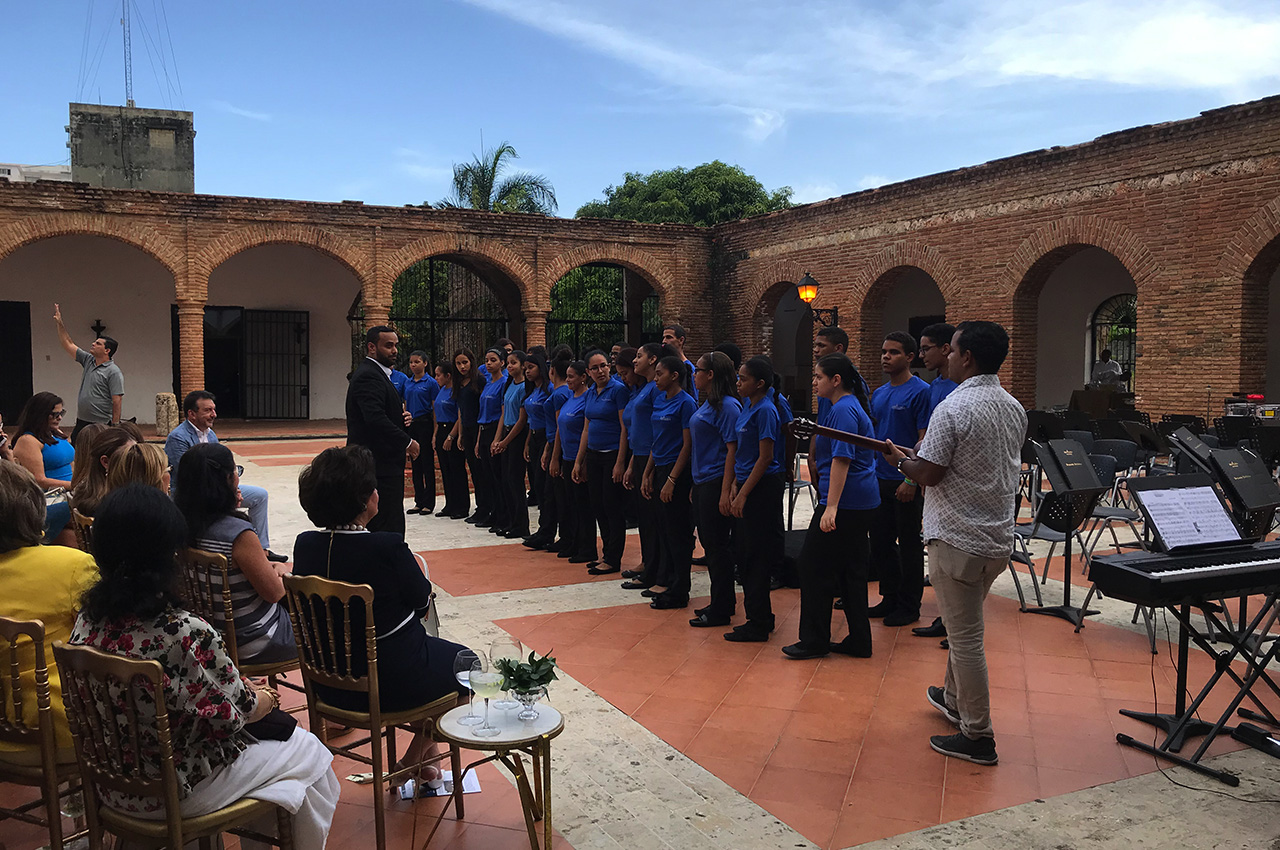 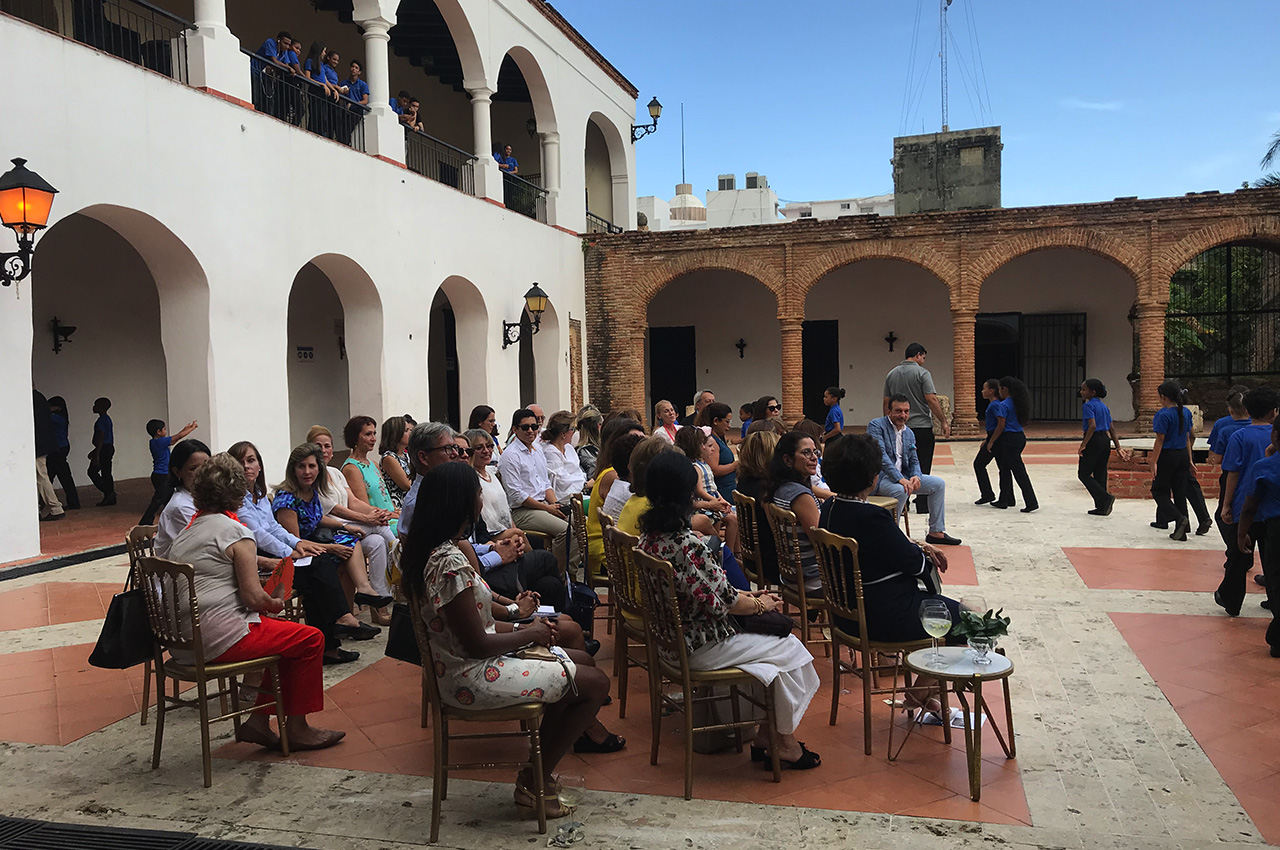 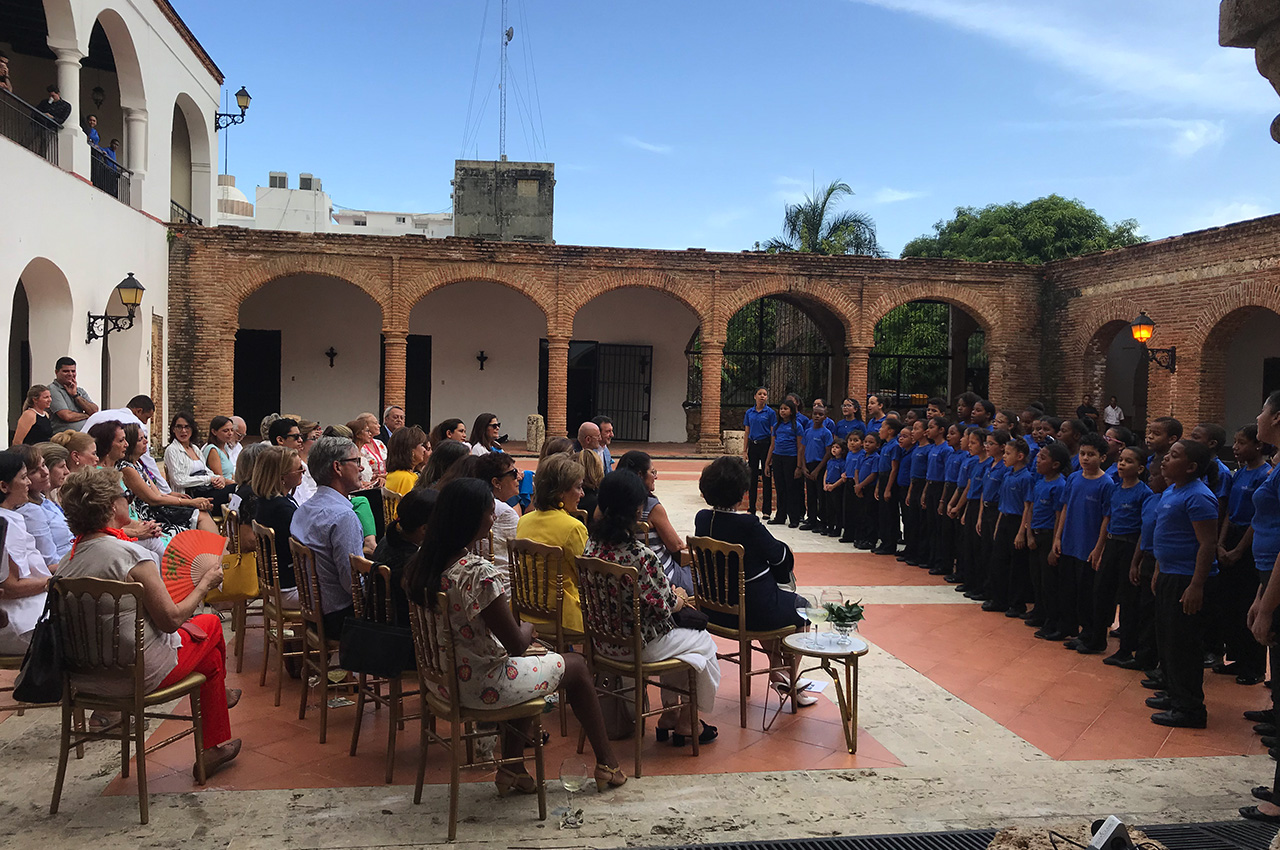 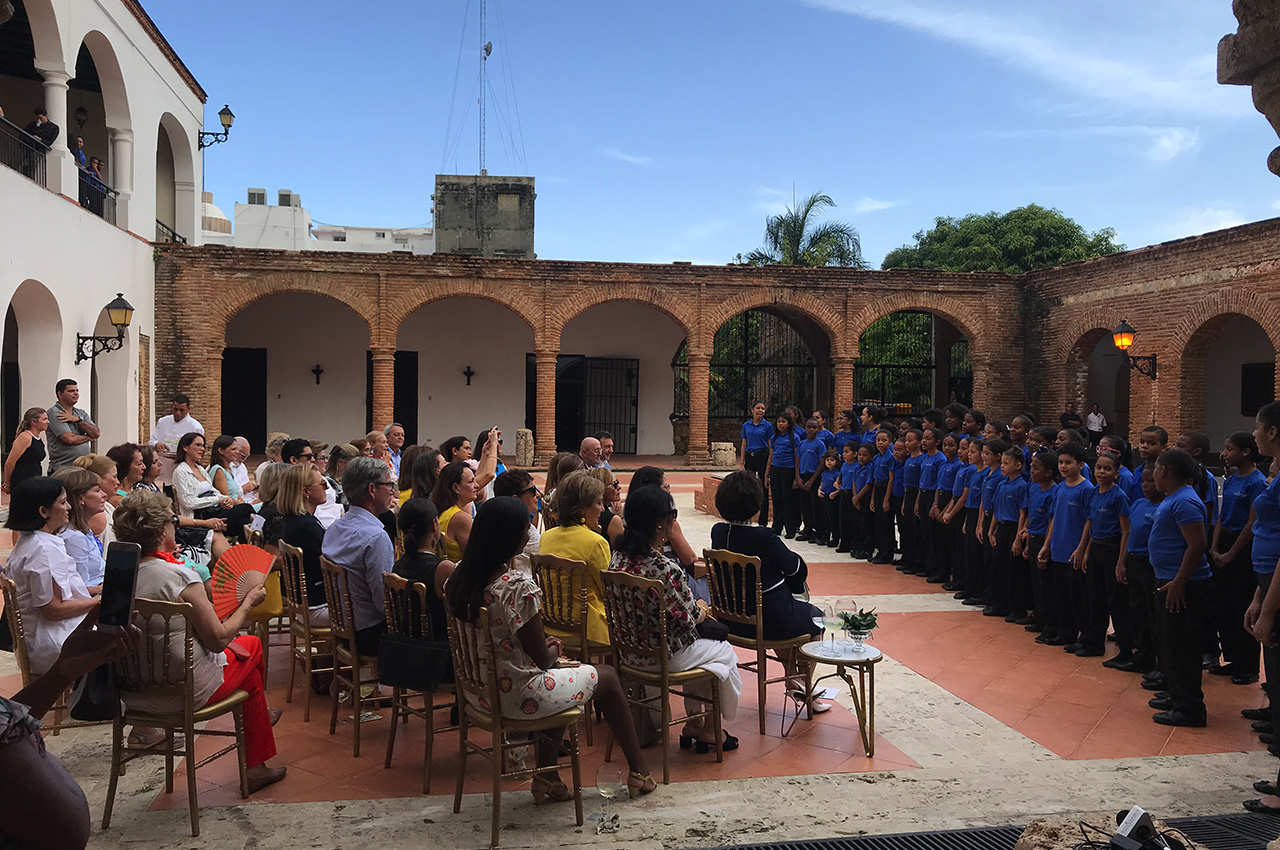 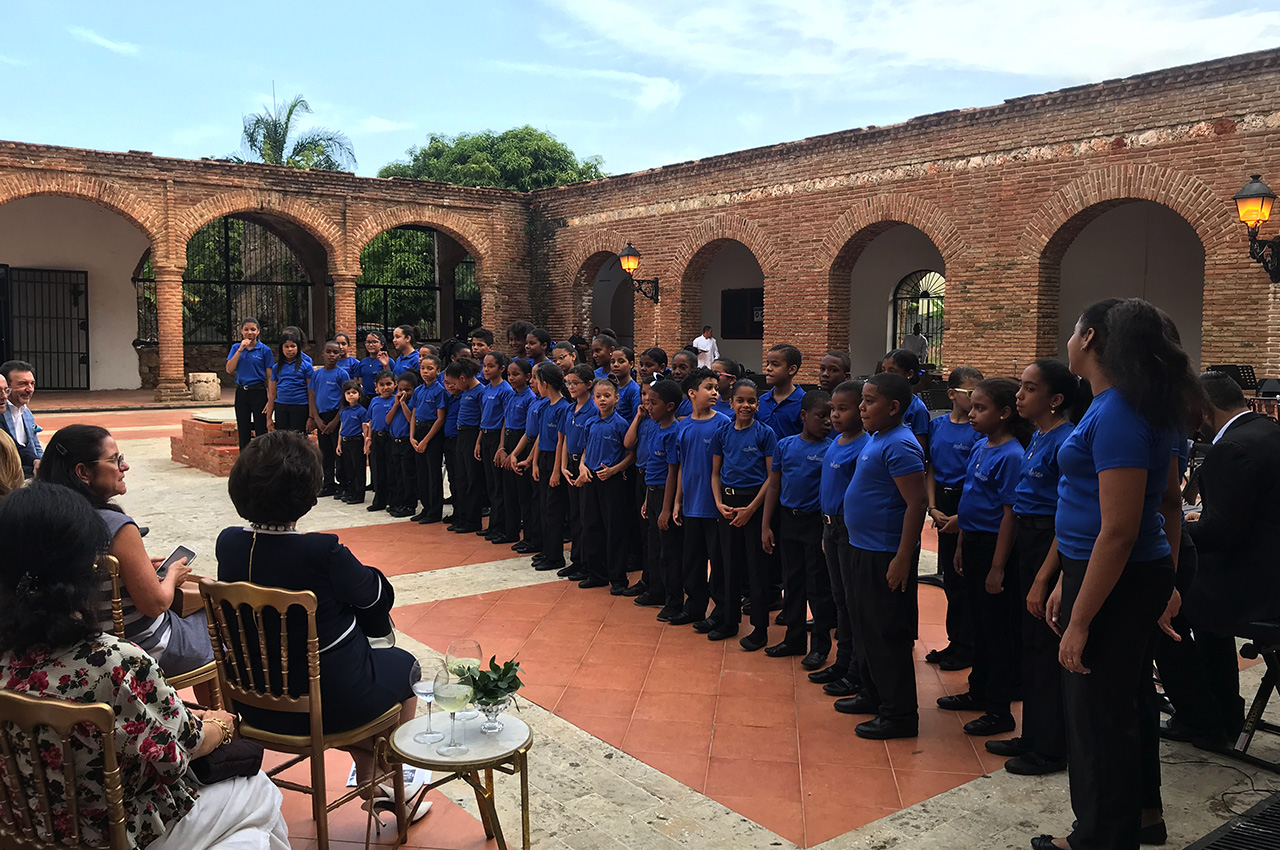 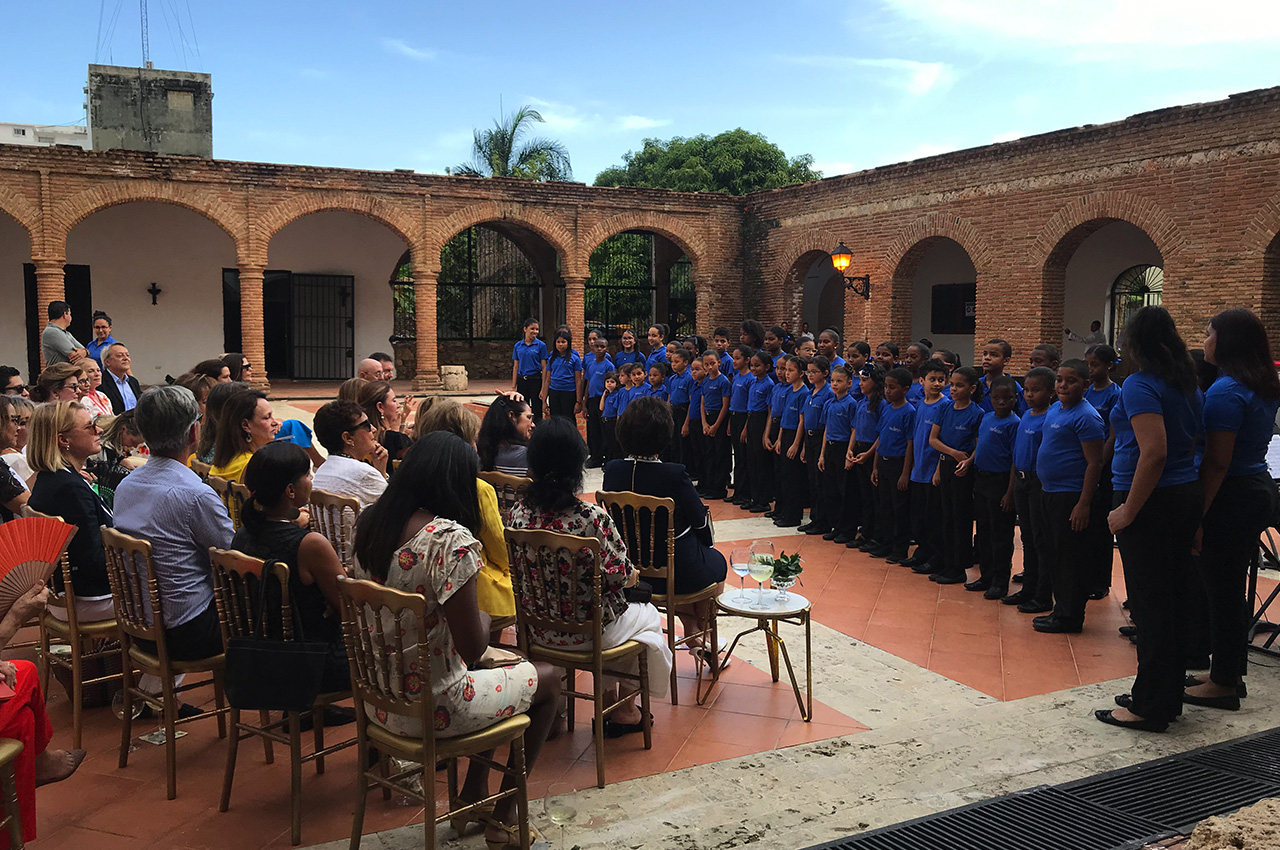 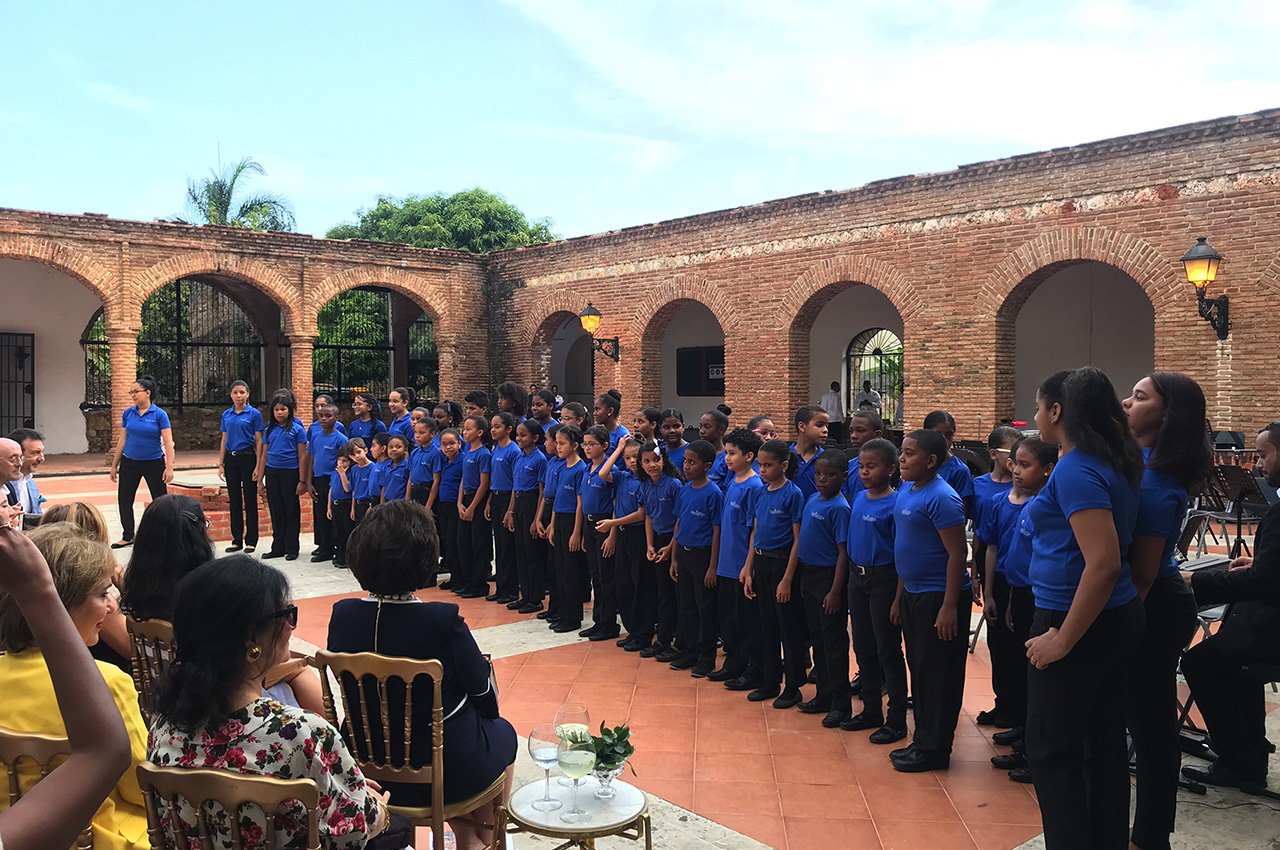 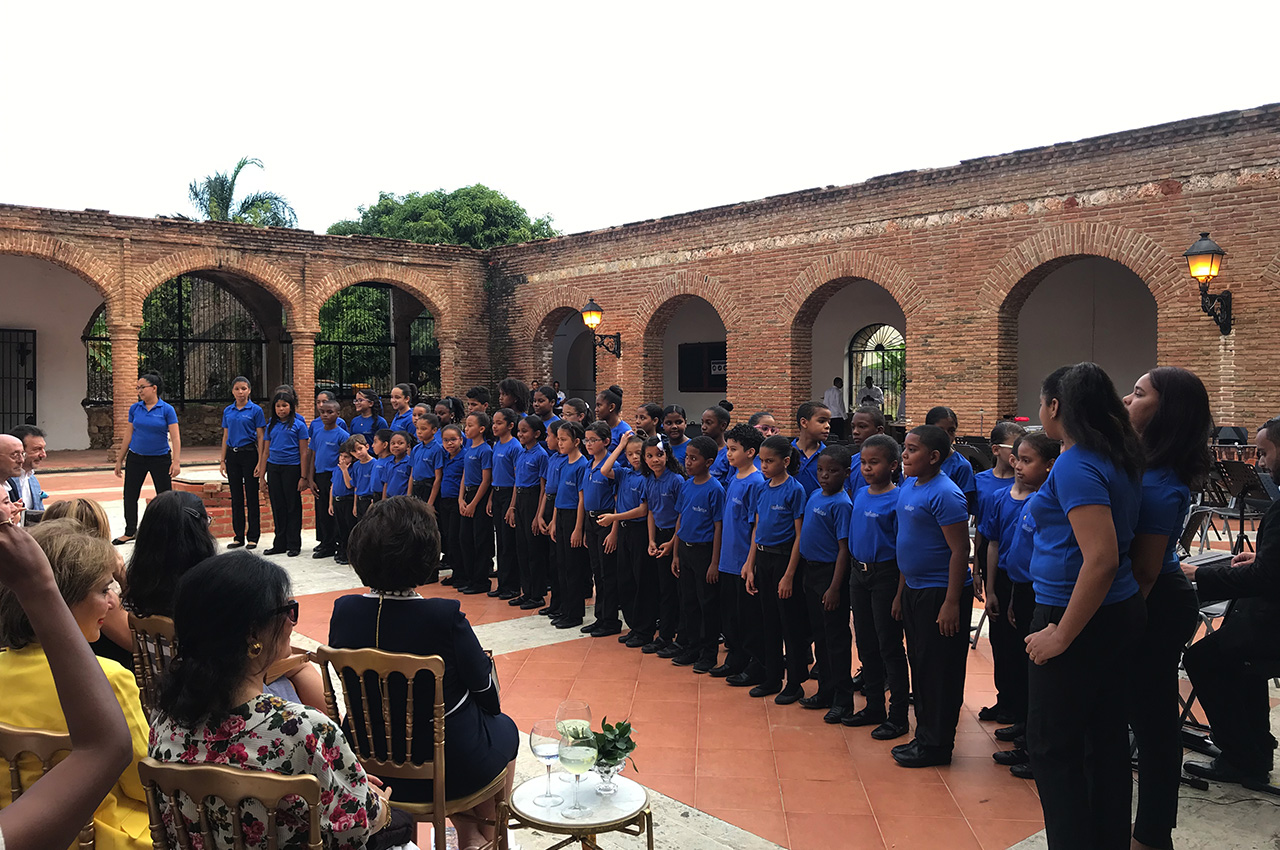 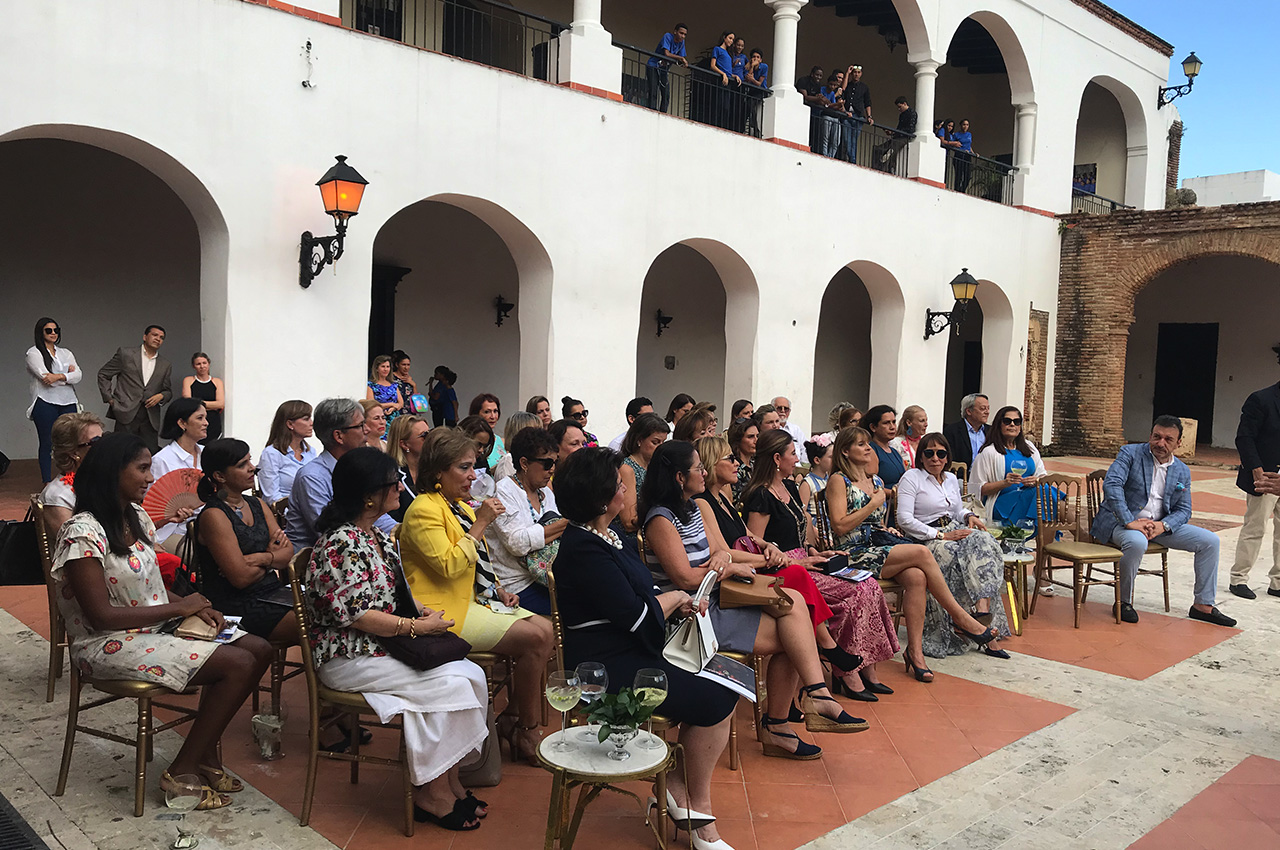 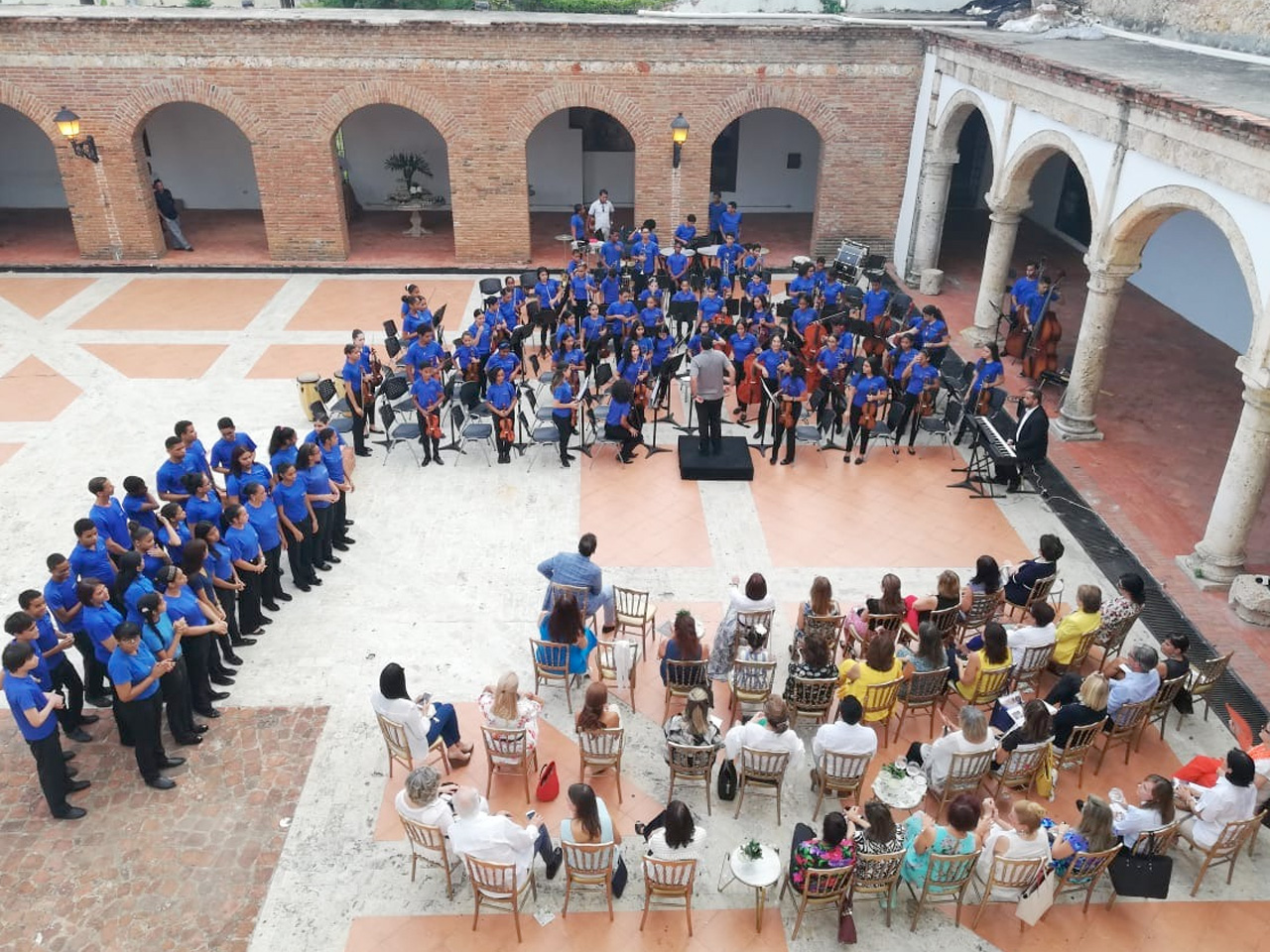 On initiative of Mrs Nelsida Giacinti, President of Los Amigos de Fiesta Clásica, the association of Las Damas Diplomáticas (Ambassadors’Spouses in the Dominican Republic) was invited to a private concert in our educational center of Santo Domingo. In front of this prestigious audience our pupils played several clasical pieces such as Carmen of Georges Bizet or the Serenade #6 de Mozart or popular such as the Billirubina of Juan Luis Guerra. Without any doubt the most emotional moment has been when the Kinder Musical composed of children from 5 to 7 years old performed a classical song from Haendel. For them it was their very first performance in public.

This concert has been followed by a cocktail in the patio of the Logia Cuna de América during which our guests could exchange with pupils, teachers and representatives of the foundation about the social and educational work implemented by the foundation in the Colonial Zone of Santo Domingo.